Ever since Carrie and I first talked about moving to Las Vegas, I’ve been excited about being so close to the Joshua Tree National Monument. I know it’s a unique area full of natural wonder, but the real reason I always wanted to go is that is was the site of Gram Parsons’s cremation.

At some point, Carrie discovered the Joshua Tree Inn; Gram Parsons not only had a dedicated room, but it was also the room in which he died. For my birthday, she reserved us that room and planned a weekend trip out there. It’s an amazing place; still the desert, but different than the desert we’re used to: Joshua Trees with crazy arms growing in wild directions, rocks that look like skulls, and the most threatening cacti I’ve seen.

After telling a visitors center employee our reason for the trip, he drew us a map to Gram’s cremation site. I hadn’t planned on being able to visit it, so this was incredibly exciting to me. We stopped throughout the park for short walks and pictures; after passing it a couple times we found Cap Rock, the site of Gram’s cremation. It was quite an experience being there; the messages in the rock had been recently sand-blasted into oblivion and the altar was moved to the Joshua Tree Inn, but just being there was amazing. As the nice visitors center guy said, it was the perfect spot to set a body on fire and keep it out of the wind.

(Let’s take a moment, recognize this may be considered slightly morbid, and move on.)

The innkeeper, Marsu, was incredibly nice and had all kinds of information about the area and the things we should see; we went to Pioneertown, which looked exactly like you’d imagine, and met some nice people who did amazing woodwork and small crafts. We saw a fantastic San Diego-based alt-country band called Sara Petite and the Sugar Daddies at Pappy and Harriet’s, the last of the great pioneertown bars, with great food and iced tea in mason jars.

Gram’s room was kept as I’d picture it in the 1970s, while decorated with Gram Parsons posters, relevant newspaper articles, a string of white Christmas lights, and an amazingly enormous guestbook. The door to the back patio was “gold-plated,” just like the door in The Flying Burrito Brothers’ “Sin City.” The altar from Cap Rock had been relocated a few steps outside our room, and it was nice to see it every time we opened the door.

I wish I had a cool ghost story to go along with this. 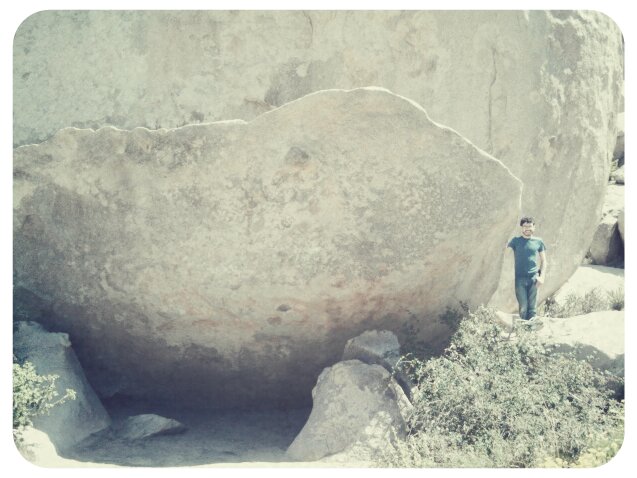 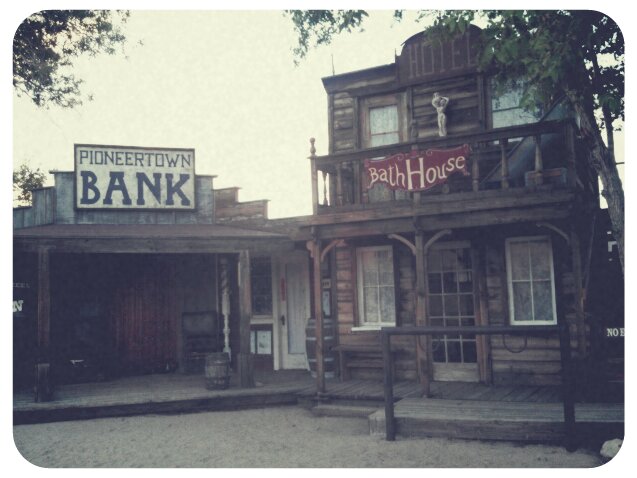 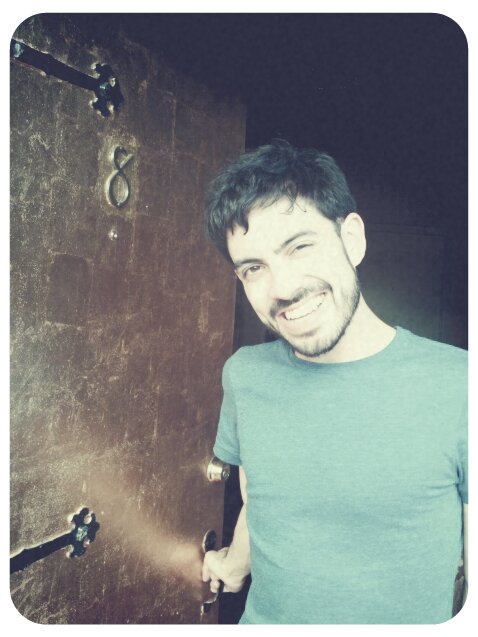 “A gold-plated door won’t keep out the lord’s burning rain.”